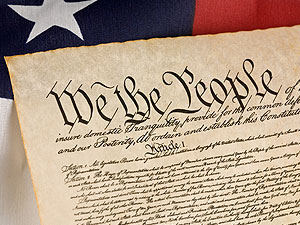 A clear characteristic of American culture from the Mayflower Compact on has been the resolve of self-determination, choosing our own path, making our own way, fighting against tyranny, governing by the people for the preservation of liberty, and utterly refusing, in any way, to be victims. The motivation and inspiration for such decisive undertaking has always been our faith in a God Who’s Spirit leads us to pursue lives of freedom in worship and the building of communities that recognize the dignity of all in the inalienable rights we’re all called to protect. With the pursuit of self-government comes personal responsibility and respect for the lives of others and the opportunities that keep a society cohesive and sustainable, with laws and social structure that are corporately adhered to. All to say that our American way of life has been built on faith, family, and the blood, sweat and tears that have preserved our freedoms these now 395 years. That Compact was signed in order to… “covenant and combine ourselves together into a civil body politic; for our better ordering, preservation and furtherance of the ends aforesaid; and by virtue hereof to enact, constitute, and frame, such just and equal laws, ordinances, acts, constitutions, and offices, from time to time, as shall be thought most meet and convenient for the general good of the colony unto which we promise all due submission and obedience.” It worked better than expected, and much of what followed set the stage for our own U.S. Constitution 167 years later. It’s also a fascinating study how many great men and women have figured prominently in U.S. History who are descended from the people on that ship… presidents, artists, inventors, politicians and others of remarkable distinction. The grit and fortitude demonstrated in that voyage-against-all-odds veritably set the stage and tone for an American ethos that later gave the world a vision for such faith-driven life and liberty on display.

Yet that vision has always been threatened both from within as well as without. Ideologies that rail against our dem-ocratic ideals have from the start looked to overthrow the government and establish sociological theories not through inspiring aspirations of peace and goodwill but by intolerance and abusive control. The atrocities and barbaric implementations of late have sickened and outraged the free world, and we face a crossroads of resolving once again to reestablish a stronghold of righteous liberty, or yield by apathy to oppression. Have we forgotten how?

What compelled the pilgrims to course through Western Europe to find a new home for their spiritual beliefs and finally decide to risk it all and cross to the new American continent was a firm belief in the God Who was leading them here. It was not just about them, but about their worship and way of life that dictated how they were to be in community and raise their families. What they believed scripture led them to do could only be established where they were free to pursue their understanding of a purity and holiness of devotion to their God. The Bible was a guide for them not only for the Compact itself but for the settlement they founded and the colony that arose after it. The wisdom and stature that advanced out of their sojourn through extreme loss and adversity to ultimate freedom and prosperity was the germination of what eventually erected into the assemblage of 13 steadfast colonies that fought the world’s superpower for twelve years until securing an independence. Then they had to fight it again twenty-three years later, making it finally sound. Are we sound enough now as a people united and steadfast to continue a vigilance grounded in compassion, justice and truth, or will we victimize ourselves from loss of integrity?

At a gun club where I shoot, I saw this poster:

I took time to ponder and internalize this. Does our current ethos still aspire to such traits and respect them enough to espouse them, or at least give assent to their venerated upright-ness? They are the structural grist of our historical fortitude, enlarged by hard-won battles against oppression from without and a civil-war from within. Lincoln reflected this in his second inaugural address by stating… “With malice toward none; with charity for all; with firmness in the right, as God gives us to see the right, let us strive on to finish the work we are in…” Our great American experiment can survive, but only by our resolve to stand corporately as one nation, under God and indivisible. This New Year will reveal the heart of what we aspire to. My hope and prayer is that it is “In God We Trust.”

“For though we walk in the flesh, we do not war according to the flesh, for the weapons of our warfare are not of the flesh but divinely powerful for the destruction of fortresses. We are destroying speculations and every lofty thing raised up against the knowledge of God, and take every thought captive to the obedience of Christ.” (II Corinthians 10:3-6)