“You are the salt of the earth; but if the salt has become tasteless, how will it remain salty again? It is good for nothing any more, except to be thrown out and trampled underfoot by men. You are the light of the world. A city set on a hill cannot be hidden. Nor do men light a lamp, and put it under a basket, but rather on a lampstand; and thus it gives light to all who are in the house.” (Matthew 5:13-15). 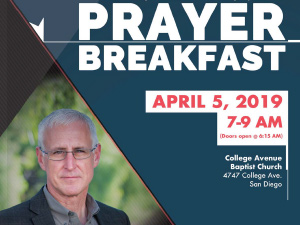 The most powerful things in life begin small. And, to borrow a phrase from one of my favorite Christmas movies, “Seeing is believing, but sometimes the most real things in the world are the things we can’t see” (Polar Express). These days, we’re all growing so weary of divisive and dividing actions and behaviors, when someone in a powerful, high-profile and influential position says or does something that sets off a chain reaction which causes so much harm as it ignites passions of resentment and exclusion toward others. Such always incorporates overreaction to the situation, but it seems society is on a hair-trigger with so many different issues, ready to go off with offended invective which then causes a reaction of more of the same, only now more wide-spread and directed, much like a nuclear chain-reaction. Lives and reputations are hurt and marred, and the social conscience becomes further mired in negative disposition and presumptive attitude. Without coaxing, cynicism and distrust seem to just happen on their own, much like a field lying fallow naturally sprouts worthless weeds. Yet there is plenty to show for the fact that that same dynamic which spreads a harmful wildfire can also be put to work to renew a community as well. It doesn’t happen naturally like a wildfire from a hot, Santa-Ana wind, but with personal and joint resolve, good clearly demonstrates that put to field, it overcomes the bad, every time. It takes effort and time, and there are costs and sacrifices along the way and persistence is the watch-word in it all (with resolve and courage, endurance and great compassion), but staying the course, it never loses. Write Nelson Mandela, William Wilber-force, Florence Nightingale, Harriett Beecher Stowe, Anthony Cooper (labor reform and sanitariums) and Henri Dunant (Red Cross) to name a few. We forget that, as Gandalf said to Frodo in Lord of the Rings as Frodo grieved his task… “All we have to decide is what to do with the time that is given to us. There are other forces at work in this world Frodo, besides the will of evil. Bilbo was meant to find the Ring. In which case, you were also meant to have it. And that is an encouraging thought.” Is there a ring out there looking for you?

David Brooks, who writes for the New York Times, in his February 24th column “A Better Way To Live” posits that there is, in the US, a growing cultural dysfunction of social isolation resulting in increasing fragmentation. We’re allowing that which separates us to move us further and further apart. Younger people are becoming more disillusioned and disconnected from the groups and communities that both speak and breathe worth and value into their lives, and identification with common values that unite us and make us resilient are fading into crafted ideologies that force confrontation. Yet they do share a common thread… a “lack of healthy connection to each other, our inability to see the full dignity of each other, and a resulting culture of fear, distrust, tribalism and strife.” Over 2,400 died at Pearl Harbor, and nearly 3,000 on 9/11, and there was instant unity as we fought back together. Yet 47,000 commit suicide and 72,000 die from drug addiction each year in the US. Brooks surmises “When the basic norms of decency, civility and democracy are under threat, isn’t that a silent Pearl Harbor? Aren’t we all called (in times) like these to do something extra?” David has begun an organization called Weave: The Social Fabric Project, set up to encourage the building of community, re-weaving the frayed threads of our social fabric, counteracting against the self-interest, self-expression, self-centered hyper individualism that excesses on personal freedom. At some point we all have to cede personal space for community easements. We just cannot expect to have it all our own way.

Being more of a relationalist than an individualist is something we should all take to heart, or as Brooks puts it, practicing “radical mutuality.” Reaching out to excluded aspects of our society, whether it’s fractured teens or the homeless or the elderly or disabled, or just a group of people who aren’t like me, delivers a promise ring that communicates they’re worthy of consideration. When we do so, something happens inside of us as well that actually enlarges our spirit in ways we don’t expect. We begin to see more of how similar we are than different, Clint Eastwood’s film “Grand Torino” a good example of this. Nothing raises our level of self-esteem and sense of worth more than infusing that into another. Transformation takes place on both sides and community is renewed. Nuclear Fission splits atoms for massive destruction. Fusion combines them producing massive energy. And it’s fusion that fuels our sun for every new day.

“Let your light shine before men in such a way that they may see your good works, and glorify your Father Who is in heaven.” (V.16)