“I’ve lived, Sir, a long time, and the longer I live, the more convincing proofs I see of this truth – That God governs in the affairs of men. If a sparrow cannot fall to the ground without His notice, is it probable that an empire can rise without His aid? We have been assured, Sir, in the sacred writings, that ‘except the Lord build the House they labor in vain who build it.’ I firmly believe this, and I also believe that without His concurring aid, we shall succeed in this political building no better than the builders of Babel.” (Benjamin Franklin, addressing President and Moderator George Washington at the Constitutional Convention of 1787)

“You may say to yourself, ‘My power and the strength of my hands have produced this wealth for me’, but remember the Lord your God, for it is He Who gives you the ability to produce wealth, ad so confirms His covenant, which He swore to your forefathers, as it is today…” (Deuteronomy 8:17-18). 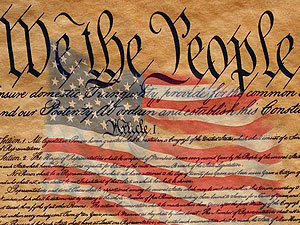 As I write this article, our nation celebrates the 75th anniversary of D-Day, when on June 6th 1944 “Operation Overlord” invaded the coast of Normandy in Nazi occupied France with 160,000 allied troops, 5,000 ships, 13,000 aircraft, 5,300 tons of bombs, and suffered an estimated 10,000 casualties in just 24 hours. It was also the turning point of the war. Another year of hard fought battles and tens of thousands of casualties were yet ahead, but Germany was on the defensive from that day forward and never regained momentum, capitulating the following May. So began one of the greatest war torn recoveries for a world rocked by seven years of devastation. The U.S. emerged a super-power with its victory as well over Japan and the nuclear age which followed. But the cost was monumental. A reading of any of the major wars our country has fought manifests enormous and compelling stories of bravery, sacrifice and patriotism. We owe a debt to those who have served to maintain our liberties and preserve our nation that can never be fully repaid.

As Allied Forces were storming, falling and capturing the beaches of Normandy, President Roosevelt addressed the nation about the event, and enjoined it in a prayer which he spoke. May God bring us into such a humble reliance upon Him again…

“ALMIGHTY GOD: Our sons, pride of our Nation, this day have set upon a mighty endeavor, a struggle to preserve our Republic, our religion, and our civilization, and to set free a suffering humanity.

Lead them straight and true; give strength to their arms, stoutness to their hearts, steadfastness in their faith.

They will need Thy blessings. Their road will be long and hard. For the enemy is strong. He may hurl back our forces. Success may not come with rushing speed, but we shall return again and again; and we know that by Thy grace, and by the right-eousness of our cause, our sons will triumph.

They will be sore tried, by night and by day, without rest-until the victory is won. The darkness will be rent by noise and flame. Men's souls will be shaken with the vio-lences of war.

Some will never return. Embrace these, Father, and receive them, Thy heroic serv-ants, into Thy kingdom.

And for us at home -- fathers, mothers, children, wives, sisters, and brothers of brave men overseas -- whose thoughts and prayers are ever with them--help us, Almighty God, to rededicate ourselves in renewed faith in Thee in this hour of great sacrifice.

Many people have urged that I call the Nation into a single day of special prayer. But because the road is long and the desire is great, I ask that our people devote them-selves in a continuance of prayer. As we rise to each new day, and again when each day is spent, let words of prayer be on our lips, invoking Thy help to our efforts.

Give us strength, too -- strength in our daily tasks, to redouble the contributions we make in the physical and the material support of our armed forces.

And let our hearts be stout, to wait out the long travail, to bear sorrows that may come, to impart our courage unto our sons wheresoever they may be.

With Thy blessing, we shall prevail over the unholy forces of our enemy. Help us to conquer the apostles of greed and racial arrogancies. Lead us to the saving of our country, and with our sister Nations into a world unity that will spell a sure peace, a peace invulnerable to the schemings of unworthy men, and a peace that will let all of men live in freedom, reaping the just rewards of their honest toil.

Thy Will be done, Almighty God, Amen.

This month as we contemplate yet again the fathomless ransoms paid by patriots and soldiers to birth and preserve our independence, may, as Sen. Tom Cotton (R-AR) wrote in his book about Arlington, “their stories of heroism, sacrifice and patriotism remind us of what is best in ourselves, and teach our children what is best in America.”

“When you have eaten and are satisfied, you shall bless the Lord your God for the good land which He has given you…” (Deut. 8:10).