“Finally, be strong in the Lord and in the strength of His might. Put on the full armor of God that you may be able to stand firm against the schemes of the devil. For our struggle is not against flesh and blood but against the rulers, powers and world forces of this darkness, against the spiritual forces of wickedness in the heavenly places. Therefore, take up the full armor of God that you may be able to resist in the evil day, and having done everything, to stand firm. Stand firm therefore, having girded your loins with Truth, and having put on the breastplate of righteousness, and having shod your feet with the preparation of the gospel of peace; and in addition to all, take up the shield of faith with which you will be able to extinguish all the flaming arrows of evil. And put on the helmet of salvation, and the sword of the Spirit, which is the Word of God.” (Ephesians 6:10-18). 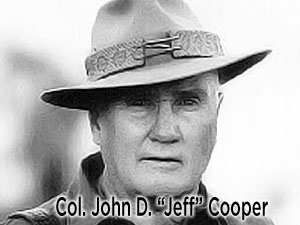 These are dark days to be sure. And know that you were born for such a time as this. I write of course with a reference to a belief and trust in God, not because I want it so badly to be true that an omnipotent, rational, compassionate and all-wise being is in perfect authority over the corruption, carnage and chaos in the world, but rather as a result of seeing His power at work in undeniable ways throughout my life, correcting, renewing, restoring and redeeming what would otherwise have self-destructed. Whenever I have directly, honestly, humbly and resolutely applied the Truth of God’s Word, it has never failed to accomplish exactly what it said, its most powerful demonstration always in the way it changes lives, including my own. If your own faith is in that Word, you know exactly what I mean. You see it in heart change, acts of compassion, sacrificial behavior, relational healing, restored confidence, renewed hope and trust. These are the intangibles of life that make life worth the living in spite of the tangible difficulties that constantly challenge our well-being. If I did not have this assurance, it would make no sense to live. Life itself would have no real purpose and true happiness would only be an illusion, a temporary satisfaction of a physical and/or emo-tional desire which evaporates as soon as it’s embraced. And so as I look at and experience the perplexing and tragic events of our day, internationally and right where we all live in community, I also know that though evil is real and its darkness foreboding there is a goodness that is even more real and a light from it that cannot be suppressed by the darkness. And light is substantive; darkness has no real inherent essence or component, but is merely the absence of light. Its only power is what we give it.

Jeff Cooper, a decorated Marine who fought in WWII and Korea and is considered the father of modern weapons handling and philosophy, stated: “An unarmed man can only flee from evil, and evil is not overcome by fleeing from it.” He was speaking obviously of weaponry, but not altogether. Jeff authored the idea of the combat mindset as well as the color code of mental awareness. So physical weaponry is only one part of how we “arm” ourselves to confront evil. The most powerful and effective weapon we have to be sure is our own brain and how we think, tactically and strategically. But with that, as it was with Jeff, must also be a heart-set character with the kinds of values and virtues which effectively neutralize the evil present, within and without. Apart from a sure substance of moral integrity animating our being in a stand against malevolence, we only enable evil to flourish. And such an uprightness is able to discern true evil and its intent, first because it has dealt with it from inside oneself and is not blind to its nature, and finally because it has developed the moral resolve to realize it must be courageously opposed.

There is evil around us that must be countered and contended with but we will only add to its force if we are not first steadfast in what we stand upon. Public safety law enforcement personnel carry a huge burden of trust to do the right thing, all the time. Moral reputation is critical to leadership and influence, and the clarity, confidence, conviction and compassion that garners trust and capability. Our human hearts are not naturally that way, but considerably self-deceiving. Yet instilling it with the Truth that comes from our Creator God is the only real means we have of extinguishing the shadow of darkness within our own soul. We then incorporate from within a light that has the means of standing against the evil of this age, with the wisdom and courage that shields us from being absorbed by it. With that full spiritual armor we take on the real sources of the hate, guile and victimi-zation that is eroding our communities and culture, indeed civilization as we know it. Faith in the lovingkindness, justice and righteousness of the God Who made us to shine in such times as this will give us the solid ground upon which we need to stand firm, the peace and confidence we need to persevere, and the sword we need to cut through the lies that darkness propagates.

To steal a line from The Princess Bride, “We are men of action; lies do not become us.” Don’t let the illusion of evil’s power corrupt your calling as a warrior of God’s Light. Stand firm in Him and the strength of His might. You were born for this. Be the Light.