“My son, do not regard lightly the discipline of the Lord, nor faint when you are reproved by Him; for those whom the Lord loves He disciplines, and He scourges every son whom He receives.” (Hebrews 12:5-6) 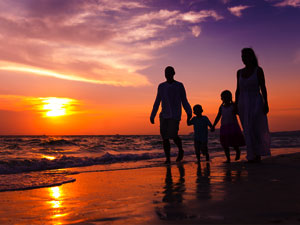 This passage from the New Testament is a quote from the Old Testament Proverbs, admonishing the wise reader to neither loathe nor reject our God’s endeavor to reprove, as it comes from the heart of a Heavenly Father Who intends good, and not evil, toward those whose trust and confidence is in Him. While none of us tout much patience and perspective when we find ourselves in the midst of frustrating circumstances, exasperating issues, maddening mistakes, negligent loss and annoying injuries, nonetheless, adversity really does provide a fabric (read rubric) which, when seriously examined and applied, develop a tactical awareness as such, a wherewithal toward navigating through the shoals of life that can so easily run us aground. There is a viable debate as to whether we learn more from failure than success or vice-versa, but both are true. We do pay attention more toward what worked than didn’t, but with failure there is an added dynamic which, I believe, enhances the quality of eventual success. Success itself is fragile and temporary and easily lends itself to blinding presumption and a disposition to give up when failure rears its head again, as it always does. Success also has an irresistible tendency toward charming us into taking ourselves too seriously which is its own recipe for further failure and discouragement. Earnest failure on the other hand has a way of breeding a humility that is willing to accept help, share the credit, build community and social connectedness, and percolate persistence and a resolve to persevere. Assessing the mud and blood it takes to honestly and finally succeed, and the growing understanding that you’re “not all that,” advances a maturity of cultivating rectitude that makes success something that is shared and beneficial to all. Albert Einstein once said “Strive not to be a success, but rather to be of value.”

These are lofty thoughts and aspirations to be sure, yet we are enlarged in spirit by taking to heart the rather tenuous nature of our human disposition. Honestly we’re prone to wander into territory we don’t belong, in our thoughts, attitudes, discriminations and antipathies, fueled by egotism, insecurity and selfish desire. So where do we get the drive to strive for decency, uprightness and moral integrity, the vitality of a happy, wholesome and helpful spirit? We need to be kept accountable.

An article in the April 2nd issue of The Weekly Standard by Natalia Dashan and David Gelernter asks a begging question in light of all the recent school massacres and our nation’s “conscience supply.” These murders of our kids, by other kids, have shocked us to the core. What in the world has happened to us? What’s wrong with us? They ask, “Who rears our children nowadays? Where does a child get his conscience? Who supervises children day-to-day while they learn to be human beings?” They go on to discuss how religious instruction in the home is far less than what it used to be. Church and Sunday School attendance, in the Lutheran Church for example, dropped 40% between 2004 and 2010. Even more than that, America itself has come to disrespect and dismiss more and more of the Judeo-Christian ethic and tradition that fundamentally established the moral fabric of our social order as a people, stretching from as far back as the Pilgrims on the Mayflower. History taught in our public schools today gives little account of the faith of our Founding Fathers, focusing instead on discrediting them for the cultural context of their world at the time. But America was born a Biblical Republic. President Washington in his farewell address stated “Of all the dispositions and habits which lead to political prosperity, religion and morality are indispensable supports. In vain would that man claim the tribute of patriotism, who should labor to subvert these great pillars of human happiness, these firmest props of the duties of Men and citizens.” They conclude their article by saying “…we have shrugged off the moral education of our children.” Indeed, we have shrugged it off of ourselves as well. Kentucky Governor Matt Bevin, answering a gun control advocate, stated guns weren’t the problem. “We as a culture have become desensitized to the value and dignity of human life, in music, media, film, and the fallen mores of this nation; removing any sense of moral authority from anything. The level of authority in the home itself has been compromised. Parental guidance has drastically diminished. Young people are becoming increasingly suicidal and depressed. We need to aspire more toward a moral, higher authority, and both expect and demand more of our children.”

Perhaps a return to and embrace of Biblical mores will both measure the tenor of how and why we succeed, and begin again to pass on to the next generation the better, and peaceable, proprieties of life.

“All discipline for the moment seems not to be joyful, but sorrow-ful; yet to those who have been trained by it, afterward it yields the peaceful fruit of righteousness.” (v. 11).