“Remember the law of Moses My servant, even the statutes and ordinances which I commanded him in Horeb for all Israel. Behold, I am going to send you Elijah the prophet before the coming of the great and terrible day of the Lord. And he will restore the hearts of the fathers to their children, and the hearts of the children to their fathers, lest I come and smite the land with a curse.” (Malachi 4:4-6) 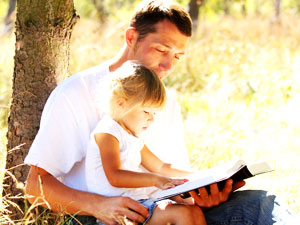 Father’s Day, celebrated this month on the 17th, has a curious and decades long history to it. It was originally begun in Fairmont, W. Virginia 1908 in response to a terrible tragedy there involving a mining disaster in nearby Monongah where 361 men, 250 of them fathers, were killed, leaving around a thousand children fatherless. One of the daughters, Grace Clayton, suggested to her pastor that he set aside a Sunday to honor those Fathers in a message from the pulpit, which he did. Through the years and decades since, the occasion waxed and waned, mostly at the behest of whoever had the time, backing and motivation to promote it. It went back and forth between cities east and west, legislatures, the U.S. Congress, the White House, all with proclamations from time to time but never made permanent. Finally in 1972, President Nixon signed into law the third Sunday in June as a perpetual Father’s Day holiday. From here, it has been imported into most other countries as well, primarily for of its commercial value. But in spite of its rather austere origin, and not just because of its influence on the consumer price index, it has grown into a celebrated opportunity to recognize fatherhood. Yet there are indeed a host of other and better reasons as to why it is good to set apart a day for celebrating the place and purpose of a father’s influence and impact on his children; reasons why, for millennia, such has been the leading index for the health and vitality of both offspring and a culture.

Study after study affirms that fatherhood is a core indicator in the rise and/or decline of a society’s social structure. To begin with, fatherless homes are four times greater at risk of poverty than with a responsible father in residence. Children are documented as better academically, having a larger vocabulary, using more humor, are less likely to be obese, incarcerated, engage in drug abuse, be sexually active as teens, and yet overall have a greater capacity for healthy social intimacy. As a whole, children with positive older male influence are better adjusted, confident and secure, are more pro-social with positive moral behavior and generally have a greater aptitude for expressing empathy. And interestingly, girls are more impacted than boys. Does all this surprise you?

None of this of course in any way negates the need for and positive influence of mothers in the home. There is a crucial nurturing and securing of hearts and spirits by them, but in a different way. While moms are protective and sensibly cautious, dads have a healthy danger about them, play rougher and encourage risk-taking and foster higher levels of resilience. Dads also often engage in a broader diversity of social contacts and life experiences, and largely stress duty and discipline more. Where moms focus more on equity and security, dads encourage competition and greater independence. They’re more prone toward allowing a child to work out its frustrations and develop personal problem solving.

But conversely, motherless homes also have their challenges. Such children tend to have difficulty bonding with other adults besides dad. Fear and anxiety are increased because of a decrease in nurturing. Motherless children suffer more from isolation, and feeling uncomfortable around other children who do have mothers. Adults who grew up motherless also seem to have more trouble bonding with their own children. So domestic nurturing and emotional security are at risk in children without mothers, yet still, the adverse fatherless factors seem to, in all the literature, outweigh the motherless ones. And perhaps it also has something to do with how females are more negatively affected than males.

Fatherless females from a young age are often diagnosed as trauma survivors, for a number of reasons. Not having a dad present in their home as a protector growing up impaired their sense of security, not having him there as a protector. Neither did they learn positive masculine behaviors and the unique social skills that integrate with such, or healthy male affection and embrace (Denna Babul, R.N., and Dr. Karin Luise, The Fatherless Daughter Project).

Clearly the positive and well-rounded, balancing influence of both a father and mother are needed, but I was impressed with how weighted the father’s component was. The verses noted at the top are the last ones written in the Old Testament, God’s last communication with His people until the New Testament 400 years later. Out of all the things God might have told His people, He said this. Restoring the hearts of fathers to their children, and children to their fathers, was foremost to avoiding a curse upon the land. In 1960, 10% of our nation’s families were fatherless. In 2012, it was 40%; in 2018 inching closer to 50%. We’re more divided and dysfunctional now than we’ve ever been. Perhaps we should be practicing Father’s Day all year long.

“Grandchildren are the crown of old men, and the glory of sons is their fathers.” (Proverbs 17:6)