“And there were in the same country shepherds abiding in the field, keeping watch over their flock by night. And lo, the angel of the Lord came upon them, and the glory of the Lord shone ‘round about them, and they were sore afraid” (Luke 20:8-9). 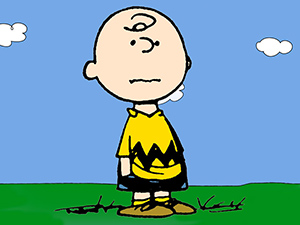 So begins Linus’ citation for the much heralded Christmas play in the annually watched “A Charlie Brown Christmas,” the 1965 animated television special based on the Charles Schulz comic strip Peanuts. As my wife and I were being shuttled to the airport, our young driver was all aglow for the Christmas season, and asked us if we were ready to get the holidays under way. He began to cite all of the Christmas specials and movies he enjoyed watching and drew us into reciting our own. One of the season’s favorites is the Charlie Brown special. It first aired on Dec. 9th of the year, but it was a miracle in itself that it ever came to be, and not many thought it would ever fly. Put together on a literal shoe-string budget, hurriedly outlined in a single day (the bulk of the work coming from Schulz himself, whose “ideas seemed to flow non-stop”) and developed very quickly because of nearly impossible time constraints, it was yet held very suspect and altogether was expected by most of those involved to be a waste of time and effort. The producers and directors were holding their collective breath and braced for catastrophic failure due to the show’s unconventional nature. It was completed just ten days shy of its national broadcast premiere, and most all the production staff believed it would be an unmitigated disaster. Once they saw the final product shown ahead of time, they thought “My golly, we’ve killed it;” meant so not in today’s vernacular, but that they had supremely ruined it, with its real kid voices, no laugh-track, jazz music, and, oh my gosh, the actual reading of Scripture. No way was this going to be a success. Shown to network executives, they too were very disappointed, citing the show’s slow pace, ill-fitted music and simplistic animation. If it hadn’t been that it was already scheduled for broadcast the following week, it would have been nixed. Executives had also invited TV critic Richard Burgheim of Time Magazine to an advanced viewing and they debated as to whether that was now a sound idea…

But they were all mistaken in their negative expectations and pessimism. Burgheim, in his printed review the following week, praised the special as “unpretentious,” and dubbed it as “one children’s special this season that bears repeating.” The program finally premiered on CBS (sponsored by Coca-Cola and pre-empting The Munsters), and was viewed by nearly 15½ million viewers in the United States, receiving unanimous critical acclaim. The Washington Post declared that “natural born loser Charlie Brown finally turned up a real winner last night.” The N.Y. World-Telegram stated “Linus’ reading of the Nativity was, quite simply, the dramatic highlight of the season.” UPS affirmed that “The Peanuts characters last night staked out a claim to a major television future.” It was subsequently awarded the Emmy Award for Outstanding Children’s Program to which Schulz replied “Charlie Brown is not used to winning, so we thank you.”

Schulz’s main goal was for the special to focus on the true meaning of Christmas. He was adamant about Linus’ reading the Bible passage stating “if we don’t do it, who will?” In the 60’s, less than 9% of TV Christmas episodes contained any reference to religion. The story set around Charlie Brown who was depressed during the season and wasn’t sure why, in spite of all the gaiety and decorations, and made worse by rampant commercialism. Even Snoopy, in his inimitable way, was getting into the act decorating his doghouse for a contest. Charlie Brown decides to do a Christmas play to help define the season, but everyone argues their own crazy ideas about how it should be portrayed, and nothing gets done. Finally, Charlie Brown asks aloud “Doesn’t anyone know what Christmas is all about? Linus says he does and, after walking to center stage, recites the annunciation to the shepherds from the Gospel of Luke.

Now shown on national television twice each December, this time for the 53rd straight uninterrupted year of both anticipated and demanded viewing, it is a staple for American Christmas specials with a venerated tradition of its own, wassailing up visions and memories of venerated family times together from many Christmases past. Grandparents (such as myself!) who were children then now enjoy recreating and establishing anew with this show memories and meaning for their own fostered families.

A lot of messages and means go out during this season. But like Charlie Brown, we sometimes lose sight of its meaning. Linus continued, “And the angel said unto them, ‘Fear not; for behold, I bring you tidings of great joy, which shall be to all people. For unto you is born this day in the city of David a Savior, which is Christ the Lord. And this shall be a sign unto you: Ye shall find the babe wrapped in swaddling clothes, lying in a manger.’ And suddenly there was with the angel a multitude of the heavenly host praising God and saying, ‘Glory to God in the highest, and on earth peace and goodwill towards men.’” Walking back to Charlie Brown, Linus gently tells him “That’s what Christmas is all about, Charlie Brown…” For Charlie Brown and a nation then in the midst of a costly war, God’s message of hope for peace on earth and good will towards men inspired the season’s true joy.