“Greater love has no one than this, that one lay down his life for his friends. You are my friends, if you follow my words. No longer do I call you servants: for the servant does not know what his master is doing: but I have called you friends, for all things that I have heard from My Father I have made known to you. You did not choose Me, but I chose you, and appointed you, that you should go and bear fruit, and that your fruit should remain, that whatever you ask of the Father in My Name, He may give to you. This I command you, that you love one another.” (John 15:13-17) 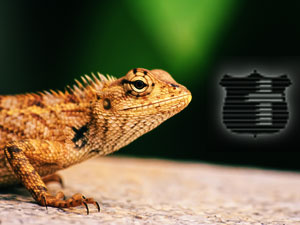 Last month Parade Magazine featured an interesting (more like provocative) article exhibiting just how much stock we, at least in the U.S., put into our relationships with dogs, or the dog(s) we own (or that own us). It’s a bit amazing that of the 90 million or so dogs owned in the U.S. by roughly half of the population, last year nearly 70 billion dollars were spent on them. This may be due to the reference that around 75% of dog owners consider their canine as part of the family. Over 50% allow their dogs to sleep on their bed at night. Half of all these fortunate dogs receive Christmas or Hanukkah gifts, 2% go to daycare while their owner works (!), and 44% of dog owners have made provisions for their pooch in their will. They’re thrown birthday parties, taken along on vacations, bought premium food and trotted into Fido-friendly restaurants. Such aberrant affection (though I must confess that our two dogs have a fairly solid lock on their place in our family’s home, and I can’t say they get ignored at Christmas or that we don’t remember their birthdays…!) must be somewhat indicative of what’s going on in our own hearts and minds about each other. What void are we filling or issue are we escaping?

An instinctive part of our human nature craves intimacy, and as I alluded to a couple months ago, despite how much interpersonal media have expanded in the last ten years, polls show we’re feeling lonelier than ever before. Are we using our mutts to mind the gap? Some of the more extreme doggie devotees state their hound has gotten them through some tough times and keeps them emotionally stable… “Stanley’s my best friend. He keeps me grounded. I like to think we rescued each other.” It seems to be that companionship, unconditional love without judgment and just plain happiness and the joy of caring and affection is what drives this. The article concludes by stating “Sometimes it feels as if love is in short supply in this world. Animals fill that void. They make us feel valuable. They don’t just notice us, they pay close attention to us. Who wouldn’t want to nurture that bond?”

There is no crime in all this, or (within reason) misplaced priority. Even Scripture states that “A righteous man has regard for the life of his beast” (Prov. 12::10). But it is important to note that we are all relationally dependent. Indeed, we tend to make relationships out of anything, even inanimate objects like an old truck, the cast iron pot our grandmother used, or a favorite hat from every vacation we’ve ever taken. Domesticated or familiar animals also because, well, they respond to, acknowledge, and recognize our significance. But none of them speak to us, or do they?

I have an office pal that weighs ~½ a pound. He has a malformed left foreleg and a crooked, scarred up tail (bad fight as a youth). He’s a bearded lizard that does little else but sleep and look at me. I put him out on a sunny day and bring him back in at night. I feed him the mealworms he craves, and he drifts off to sleep dreaming about whatever they dream about. Same thing every day. He’s not much to look at, but it gives me pleasure to know he’s healthy, satisfied and warm at night. Of course I feel that way even more so about my kids, but also about him (I think it’s a him: I don’t know for sure). I think about where this affection comes from, and all the kinds of affection we shower on things like this, and it underscores again how much we reflect the image of the God Who made us. There is nothing I have in myself to make God any greater or better than He is. In fact He has to renew His mercy and grace for me every day just to keep me going. But the Psalmist writes “For the LORD takes pleasure in His people: He will adorn the afflicted ones with salvation (149::4). Isaiah states that He “longs to be gracious” and “waits on high to have compassion.” Micah 7:18 declares He “delights in unchanging love.” That all draws me to Him. I like it too when my dogs are so happy to see me when I return home (my lizard just looks for a mealworm, and I delight in giving it to him). But there’s more than that. The satisfaction, security and significance I get from receiving such relational grace and goodness both frees and motivates, indeed inspires and compels me to reflect the same, both dispositionally (animals and objects) and relationally to the people in my life. It is truly remarkable what the exercise of grace, kindness, respect and appreciation, even noticing and paying close attention to someone does for their sense of value and well-being. Love indeed is in short supply in this world. Take good care of your dog, yet we have an even greater calling. Take care to notice and nurture those around you all the more.