“I Am the true vine, and My Father is the vinedresser. Every branch in Me that does not bear fruit, He takes away; and every branch that bears fruit, He prunes it, that it may bear more fruit… Abide in Me, and I in you. As the branch cannot bear fruit of itself, unless it abides in the vine, so neither can you, unless you abide in Me. I Am the vine, you are the branches; he who abides in Me, and I in him, bears much fruit; for apart from Me you can do nothing… If you abide in Me, and My Words abide in you, ask whatever you wish, and it shall be done for you.” (1 John 4) 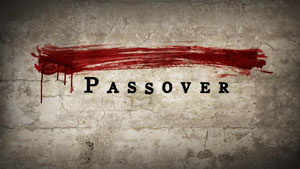 As I stare dispassionately at the blank screen before me, clueless as to how in the world in the next few hours I need to be pressing the “send” button to the editor of this column with words of coherent and worthwhile consideration, I contemplate, again, resigning. How does this happen? Who wants to know what I have to say? Who am I to be writing this column? What in the world do I have to write that is of any value to anyone? How in the world do I create something out of nothing? Who do I think I am anyway, that makes what I write worth reading… and on it goes, until I finally remember to pray and ask the Lord to tell me what to write. Every month I have to remind myself that this is something I get to do, not a chore I have to do. And so I finally ask: Lord, I got nothin’ to say worth pondering, but You always do. What needs to go on this page that someone, somewhere, even I, need to be reminded of and encouraged by. And then, like always, He gives me a clue, which I follow, and that leads to another, and another, and soon I’m typing away. And I am reminded again not to take myself so seriously; just Him.

March has been, for millennia, a pivotal month. In ancient Rome March was the first month of the year and counted backward from three points, ending up in the center, or ~15th, called the “Ides of March” (“Ides” were minor gods that influenced fate). All debts were to be settled by then. The month was filled with religious festivals commemorating a new year, with lots of eating, drinking and revelry. Not much has changed. There was also a ritual that involved beating an old man dressed in animal skins and driving him out of the city, representing the expulsion of the old year. Weird. Later on during the Imperial period (54 AD), there was also a “holy week” of festivals which focused on the god Attis, representing the fruits of the earth which die in winter only to rise again in spring. They mourned his annual death for three days (!) and then celebrated his rebirth on the date of the vernal equinox of the Julian calendar. Interesting parallels.

The Christian celebration of Easter commemorates the death of Jesus which occurred around the Jewish Passover celebration. These two events in themselves have a very rich crossover of meaning and symbolism, involving blood shed from a sacrificial lamb and posted on wooden crossbeams on the door of the house; an obedience of trust; forgiveness of sins; the hiding of a significant part of the meal until the end when it is restored; and the story of Israel’s deliverance out of bondage in Egypt to become a free people belonging to the Lord in their own land… after a 40-year trek through the wilderness learning just Who the Lord their God really was. Christians also begin the weekend on Friday, when Jesus was arrested the night before, then crucified on a cross, buried for three days and resurrected from the grave unto new life on Sunday morning. The Israelites in Egypt who obeyed God’s command to put the sacrificial lamb’s blood on the doorposts of their homes were spared from the Angel of Death’s striking down every first born child in Egypt, who thus “passed over” that home. Even Pharaoh’s son was not saved. For Christians, it carries the meaning that those who will place their trust in the shed blood of God’s Son Jesus, Who died on the cross to pay for their sin and then rose on their behalf, will experience new life (“… and when He had given thanks, He broke {the bread} and said, ‘This is My body, which is broken for you; {eat} this in remembrance of Me.’” {I Cor. 11:24}; “Truly, truly, I say to you, he who hears My word, and believes Him who sent Me, has eternal life, and does not come into judgment, but has passed out of death into life” {John 5:24}). These commemorations are traditionally held the first full moon following the vernal equinox… this year making it March 30th through April 1st (Easter Sunday).

These events, from the ridiculous (beating an old man… seriously?) to the sublime (Passover and Easter) show to me that left to ourselves, we become both ludicrous and impotent. But when we pay heed to what God has to say, something remarkable and transforming always occurs. These two holy days are the oldest in Jewish and Christian observances. They are the “first things” that we put our faith to and they point to the significance upon which life itself hinges. They are God’s message to us of the hope, heart and help that we need to live life and discover its meaning. Ask God Himself to show you, and then listen for His clue.