“Then the Lord God said, ‘It is not good for the man to be alone; I will make him a helper corresponding to him…’ So the Lord caused a deep sleep to fall upon the man, and he slept; then He took one of his ribs, and closed up the flesh at that place. And the Lord fashioned into a woman the rib which He had taken from the man, and brought her to the man. And the man said, ‘This is now bone of my bones, and flesh of my flesh; she shall be called Woman, because she was taken out of Man.’” (Genesis 2:18-23) 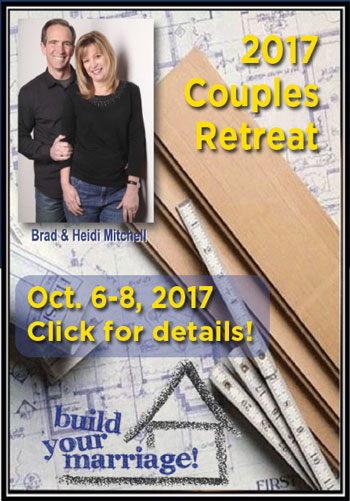 One question I would like to have answered (among so many!) in the Genesis account of creation is how long Adam lived alone before God took a healthy chunk of his DNA and made from it a creature who captured his heart and understanding like no other. I married at 30, and my life radically changed from, what seemed in comparison, doofus to directed, or at least more resolute and determined. I wasn’t totally without direction, but there seemed a lack of persistent plan and purpose; in a word, I didn’t sense I was altogether all together. I did my job as an officer, I had my friends, my immediate family, but a loneliness in my soul that longed for an intimacy of expression, identification and lifelong resolve. When I met the one who would one day become my wife, I knew almost instantly she was the one. It took a number of years for her to come to that conclusion as well, but when she did, I think I experienced at least a sense of what Adam must have felt. All of creation appeared to be quite content in its form and function, especially when it came to reproducing its kind. And there was that physical connectedness with its own kind which he did not share… a true, like companion unlike anything else. Adam studied and cared for God’s creation, and could see he was different, especially with regard to temporal intimacy. When Adam finally grasped that great difference, it was then that God answered his need, and presented him with one who was like him, but then again, not exactly, but just what he needed, and desired. What a remarkable introduction that had to be!

This is significant because of what God had intended all along. In all of creation, there was only one creature He created in His own image: “And God created man in His own image, in the image of God He created him; male and female He created them” (1:27). Together they were to reflect a unique likeness and illustration of Divine relationship that was diffusing into this world transforming elements of light, life and love which as such were displacing the dark, formless void which had incorporated it. God was dispensing reclamation and redemption.

There was beauty and intentionality to the order and ordination of God’s movement upon this primordial world. The dark, formless void He transformed was not a random act of impulse or driven by some capricious notion of whim and fancy. When God acts, there is a powerful and eternal calculation being engaged, designed toward accomplishing something that reflected His infinite being of lovingkindness, justice and righteousness within a sovereign order of power and dominion, and one which cannot be thwarted. It is to me significant then that God begins His story of creation with those elements of light, life and love centered around the making of man, male and female, within an environment perfectly suited to them. And God was pleased with all that He had done and what He had set up the man and woman to do, working together and taking care of the world He had put them in. They were also tested, for obedience and alignment with God’s new order, a test they failed. With that they contracted a fallen nature that drew them back into a chaotic condition, now again alienated from God, each other, as well as their environment. This is seen immediately in the blame they fix on God and each other as to why they ate of the forbidden fruit, which delivered on its toxic knowledge. Now insecure, dissatisfied and insignificant, they cover themselves, and hide from God. Sin is so stupefying…

Yet as God seeks them out, an interesting dynamic occurs. He doesn’t destroy them, but explains to them what they’ll struggle with now that they have a sin nature. Pride is chief, the desire to be the one in control, the inherent weakness and pain it will bring, their greater need to rely on Him in that now they will fail more than they succeed, and necessarily so. But God neither destroys nor curses them; indeed they’ve cursed themselves, and us. Yet although man fell, marriage did not, and remains that part of man’s original relationship with God which carries on to bless, transform, bring happiness, and a social integration which makes us even more fully known, and yet still loved. Redemption.

The tangible love and connectedness I experienced in mar-riage astonished me that by God’s Spirit this one I loved could know me better than I know myself, and yet still love me. Thirty-three years and five grown children later, that fact remains. I can’t know what course my life would have taken without her, but that affirmation of unconditional love reflected a better image.

“For this cause a man shall leave his father and mother, and shall cleave to his wife; and they shall become one flesh. And the man and his wife were naked, and were not ashamed.” (Vv. 24-25).

Coming up soon in October is the annual law enforcement marriage retreat at the Pala Mesa Resort in Fallbrook. See the ad in this issue. I hope I hear from you for a weekend that will change everything. Don’t miss this opportunity for marital refreshment. Designed for and by law enforcement couples…